Ann Porter Remington (now know as Rev. Ann Meyer Makeever, D.D.) was born in Fargo, North Dakota in 1916 and spent her childhood with her parents and three brothers in Moorhead, Minnesota. She owned her first Bible at the young age of ten and studied it by herself diligently for many years, scribbling her own notes and revelations in the margins. She was musically talented as well as intellectually advanced and after skipping two grades, entered Coker College (Hartsville, South Carolina) at the age of 16 to study piano, voice and her primary love -- composition. She became an accomplished musician and composer, and after graduation and marriage, established herself in New York City as an opera singer. Ann had heard of a marvelous teacher in New York by the name of Emmet Fox (well-known speaker and author). She traveled by train from the suburbs every Wednesday to Carnegie Hall to hear him speak of the powerful principles of New Thought.

After giving birth to four children, she and her husband William F. Rosser moved the family to San Diego in 1954 where she starred in operettas presented by Starlight Opera as well as performed as soloist in several churches and synagogues, one of which was the San Diego Church of Religious Science.

Having been spiritually aware all of her life and interested in metaphysics, she later completed all of the course work and became a licensed Religious Science Practitioner in 1960. William and she parted ways as she pursued a new and dedicated path to a deeper understanding of God within her and what was to become her ministry.

About this time, she began to experience strange and powerful spiritual phenomena (which is fully described in her last book "Who Is With Me?") and on October 19, 1962, she was visited by the Yogi Master Babaji, in physical form. He sat beside her during a symphony concert, appearing as a normal man, but through many paranormal events that evening, he awakened her to a revelutionary new teaching that everyone is a unique individual Christ, after the example of Jesus. Babaji had opened a "Power Door" from the vibration of Spirit down to the vibration of earth. Ann realized at that moment that this was the purpose for which she was born -- to bring through this brand new Teaching and to give it to others so that all may grow in awareness of their own Christhood.

In 1963 she married Peter Meyer and together as husband and wife, they formed "Society for the Teaching of the Inner Christ" in 1966. They both had separately been experiencing inner teaching and guidance from Babaji for years. And so they, through channeling from Babaji and Jesus and other masters including their own Inner Christ Selves, developed a curriculum and began teaching others to contact their own Inner Christ Selves. At present, thousands of students all over the world have healed themselves and enriched their lives through taking the T.I.C. courses.

In 1978, with her own unique vision for the Teaching, Ann withdrew from the first corporation and formed the present organization called "Teaching of the Inner Christ, Inc.".

Dr. Makeever is the author of the textbooks of the Teaching of the Inner Christ, Inc. - Being A Christ! (co-authored with Dr. Peter Meyer), Self Mastery In the Christ Consciousness, and Ten Lessons In Woman Awareness. She was ordained in 1966 and earned the Degree of Doctor of Divinity in 1969.

Her life story and her experience of Babaji and the many spiritual Masters can be found in her book "Who Is With Me?" which is available at all T.I.C. Centers (see Locations) as well as in the website store. At the age of 91, Rev. Ann Makeever passed on to the next phase of her glorious mission on the afternoon of Tuesday, September 4, 2007. 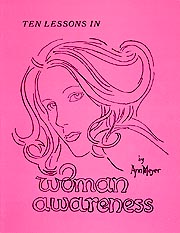 
Babaji had opened a "Power Door" from the vibration of Spirit down to the vibration of earth. Ann realized at that moment that this was the purpose for which she was born -- to bring through this brand new Teaching and to give it to others so that all may grow in awareness of their own Christhood.